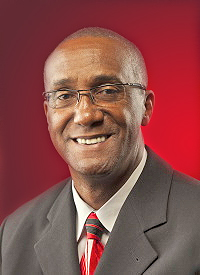 At the 2008 Summer Olympics, Bershawn “Batman” Jackson won a bronze medal in the 400 m hurdles.[2] He also has three medals (two gold, one bronze) at the World Championships and one gold medal at the World Indoor Championships. 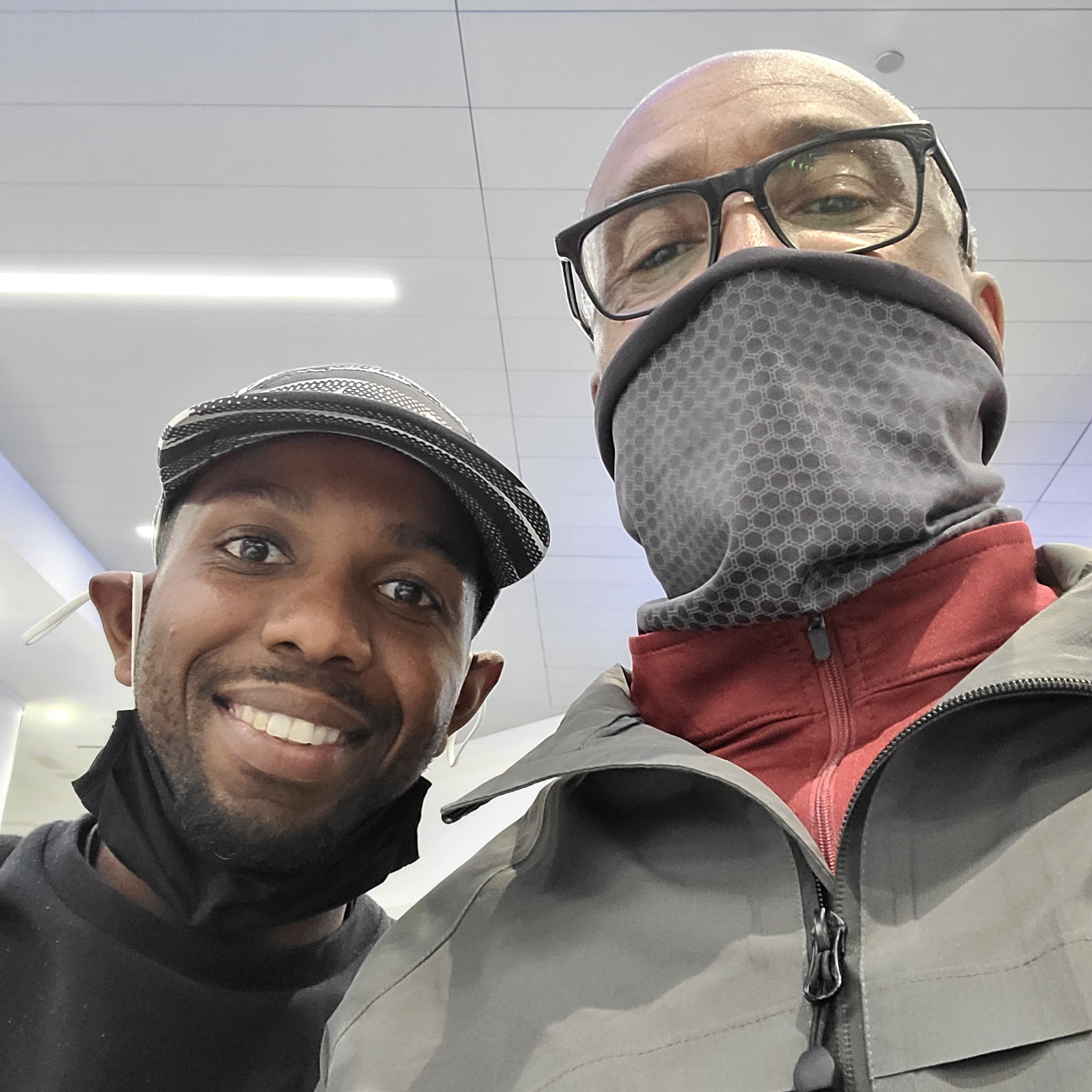 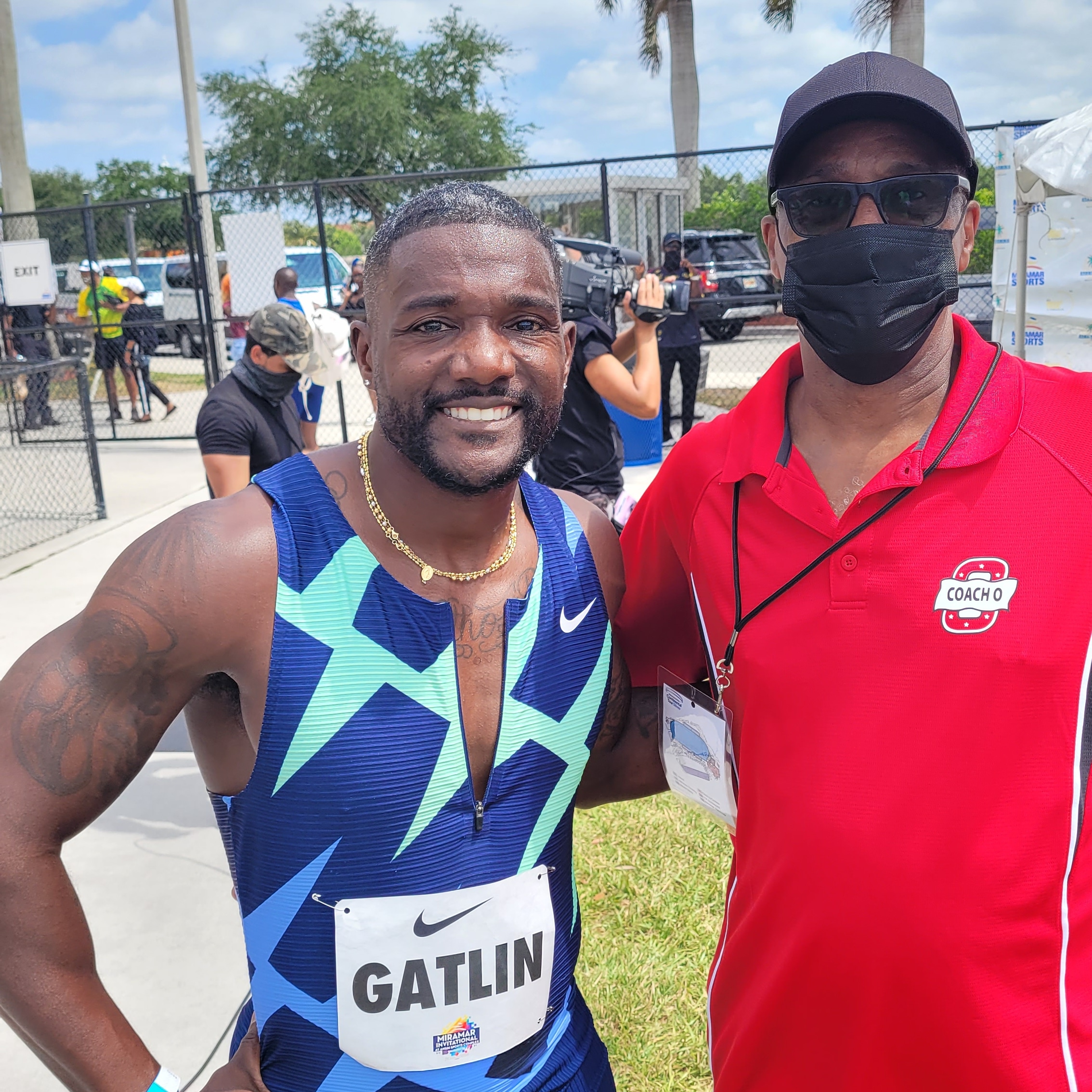 Gatlin’s tally of eight global championship 100m medals (three Olympic and five World Championship) makes him the most decorated 100m sprinter of all time, a feat he accomplished at the 2019 World Athletics Championships in Doha.

Rey Robinson is a former American athlete, one of the world’s top sprinters in the early 1970s.

At age twenty on July 1, 1972, Robinson finished second to Eddie Hart in the 100 meters at the Olympic Trials in Eugene, Oregon, equalling the world record at 9.9 seconds. Both were favorites at the 1972 Summer Olympics in Munich, West Germany, held two months later. 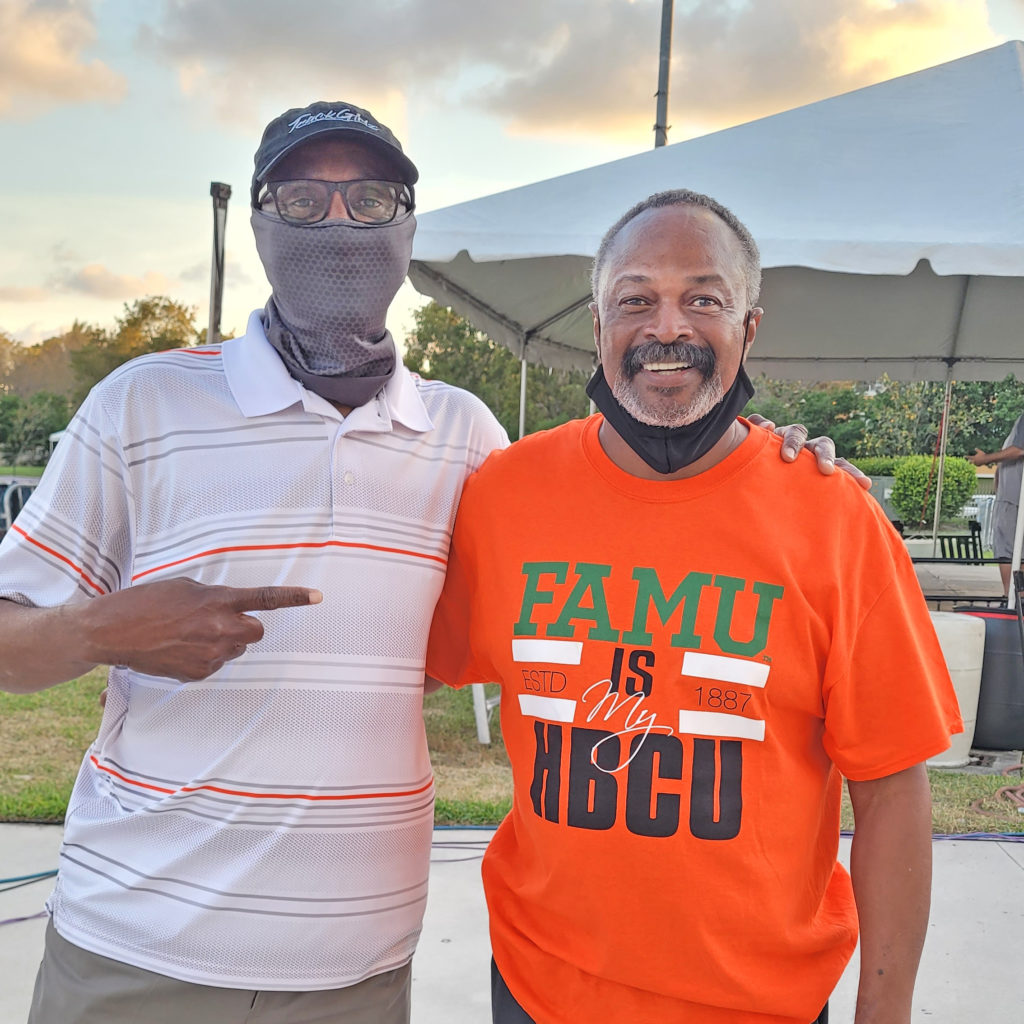 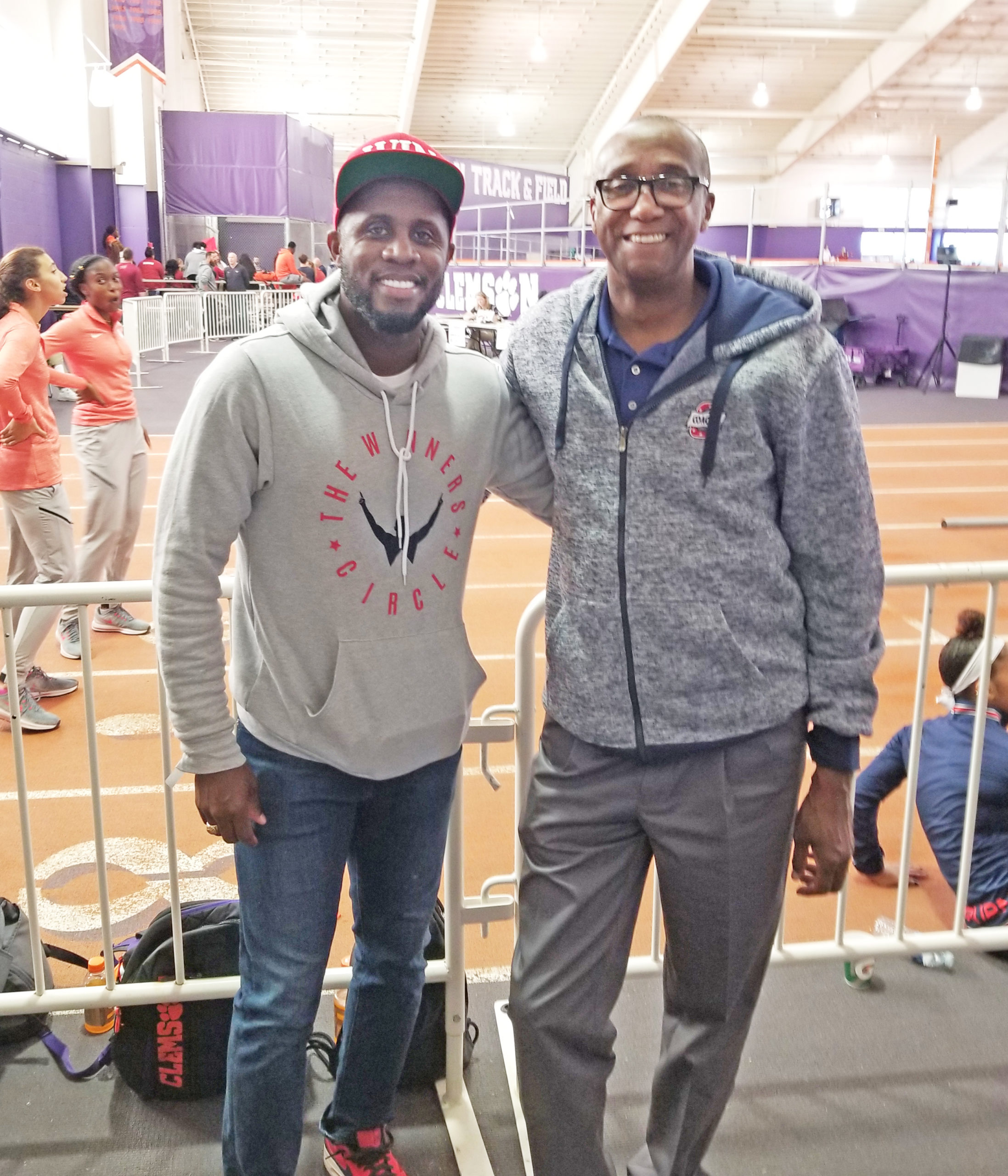 Dwight Phillips is a four-time world champion in the long jump. He was the 2004 Olympic champion in the event. His personal best of 8.74 meters, set in 2009, makes him the joint fifth best jumper of all time.

He is a now a track and field ambassador at SPIRE Institute and Academy. The goal of the partnership with SPIRE and the ambassadors is to emphasize the development of peak performance in athletics, academics, character and life.

Jose Tony Parrilla is an American middle distance runner who specialized in the 800 meters. He finished sixth at the 1995 World Championships in Athletics in Gothenburg. Known for coming from behind with a strong finishing kick, his personal best 800 m time is 1:43.97, set at the 1992 U.S. Olympic Trials. He also qualified for the U.S. team at the 1996 Summer Olympics, making him a two-time Olympian. He also ran in the 1993 World Championships.

While running for the University of Tennessee he won three successive NCAA Championships from 1992-1994, a feat only duplicated twice before (by Charles Hornbostel and John Woodruff), both from the 1930s. 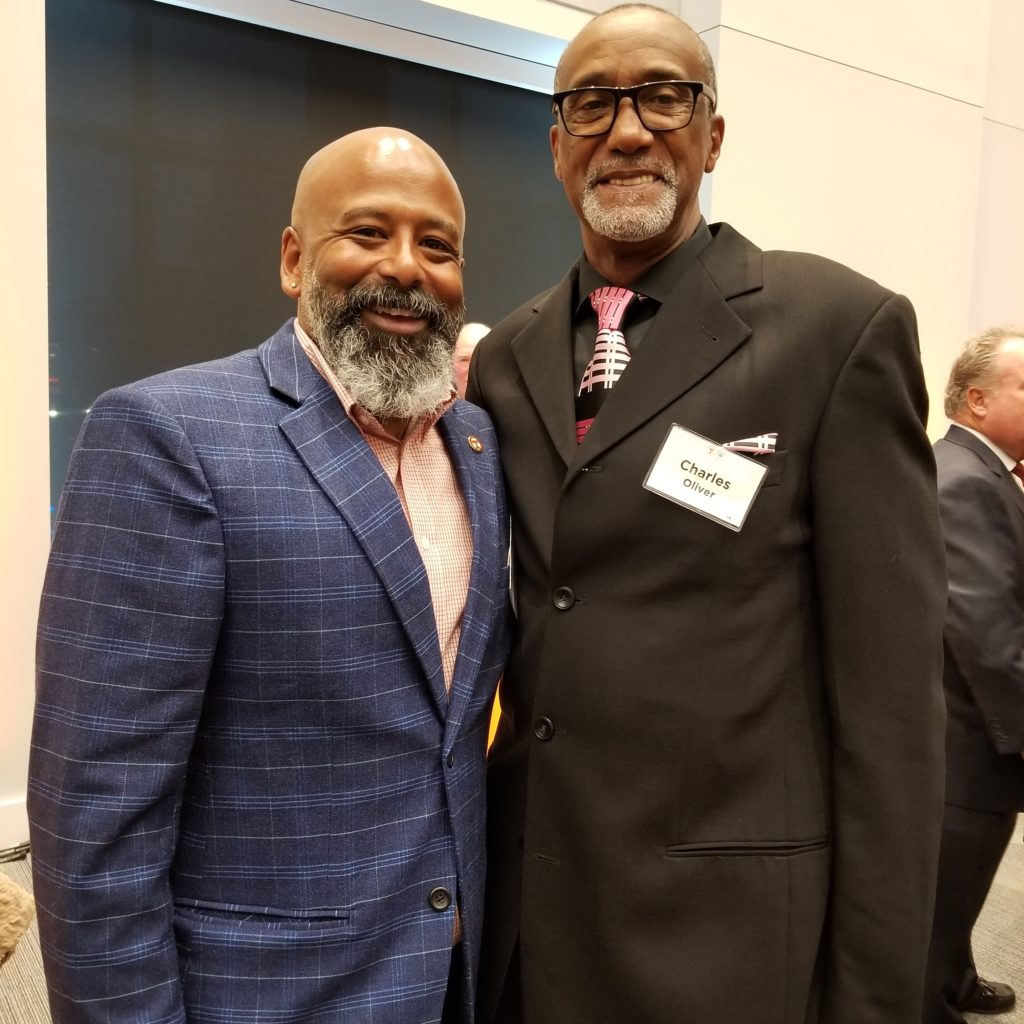 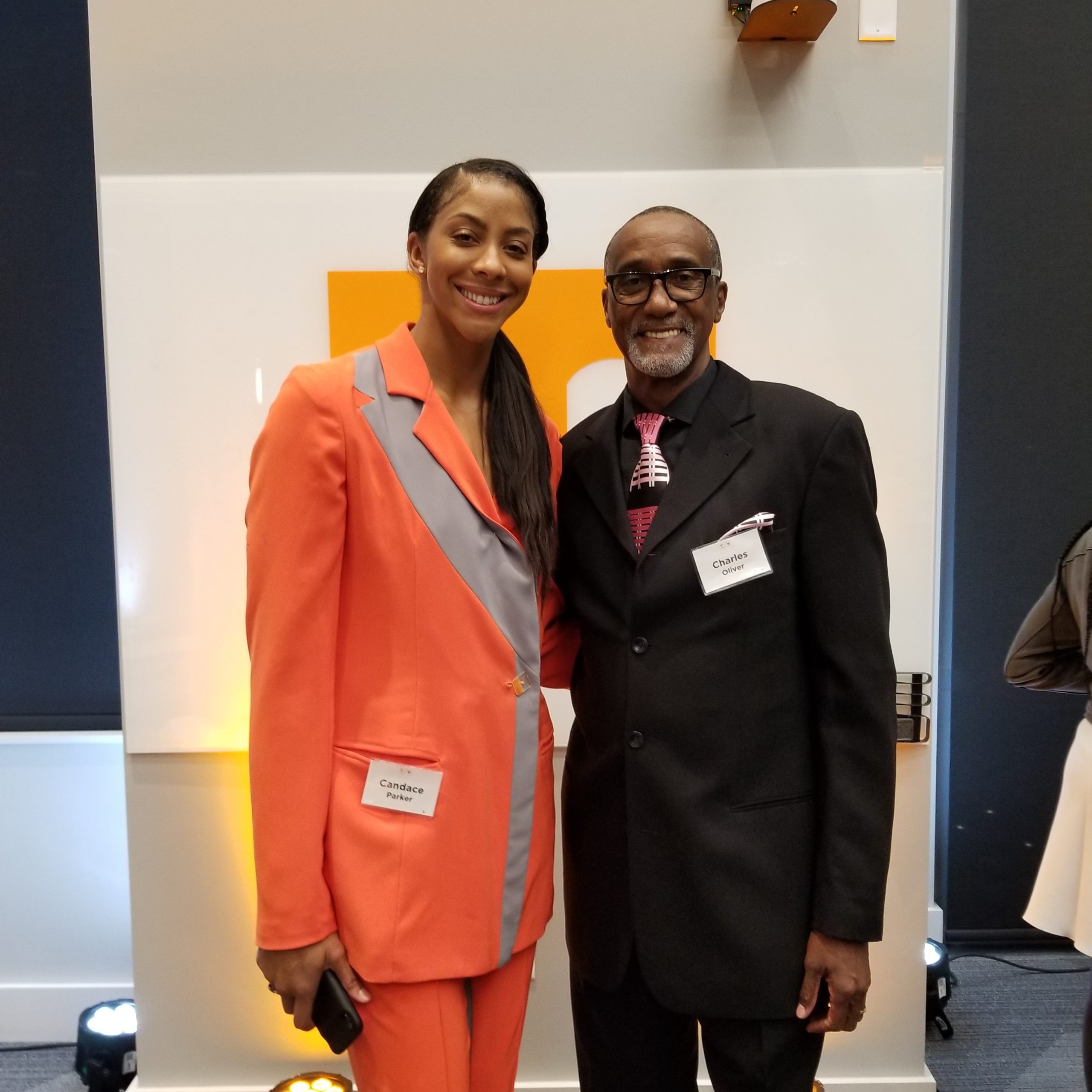 Candace Parker is an American professional basketball player for the Chicago Sky of the Women’s National Basketball Association (WNBA).

A versatile player, Parker mainly plays the forward and center position. In high school, Parker won the 2003 and 2004 Gatorade National Girls Basketball Player of the Year awards, becoming just the second junior and the only woman to receive the award twice. As a college player for Tennessee, she led the team two consecutive national championships, was named the Final Four’s most outstanding player in both occasions, and was a two-time consensus national player of the year.

Jason Rouser is a retired American sprinter who specialized in the 400 metres.

At the 1996 Olympic Games he ran the 2nd leg for the American relay team that won a gold medal. 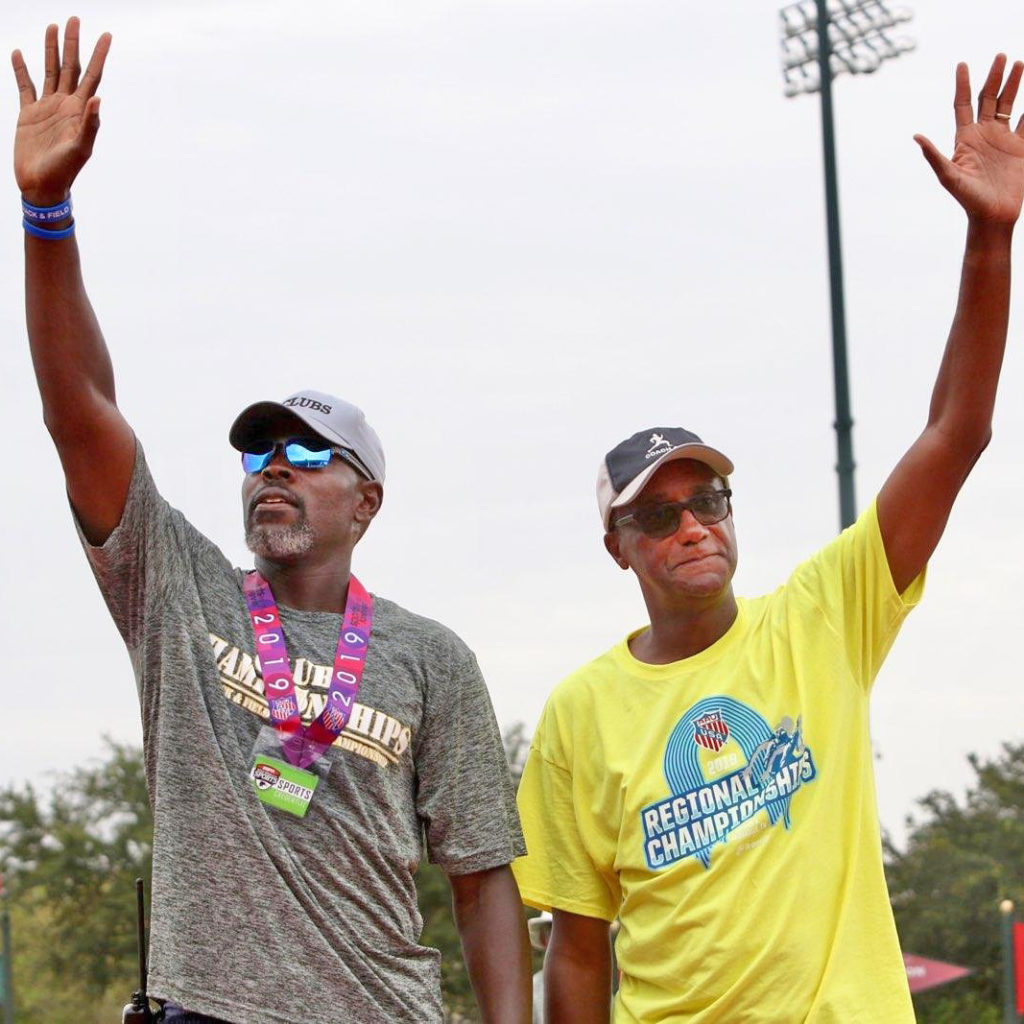 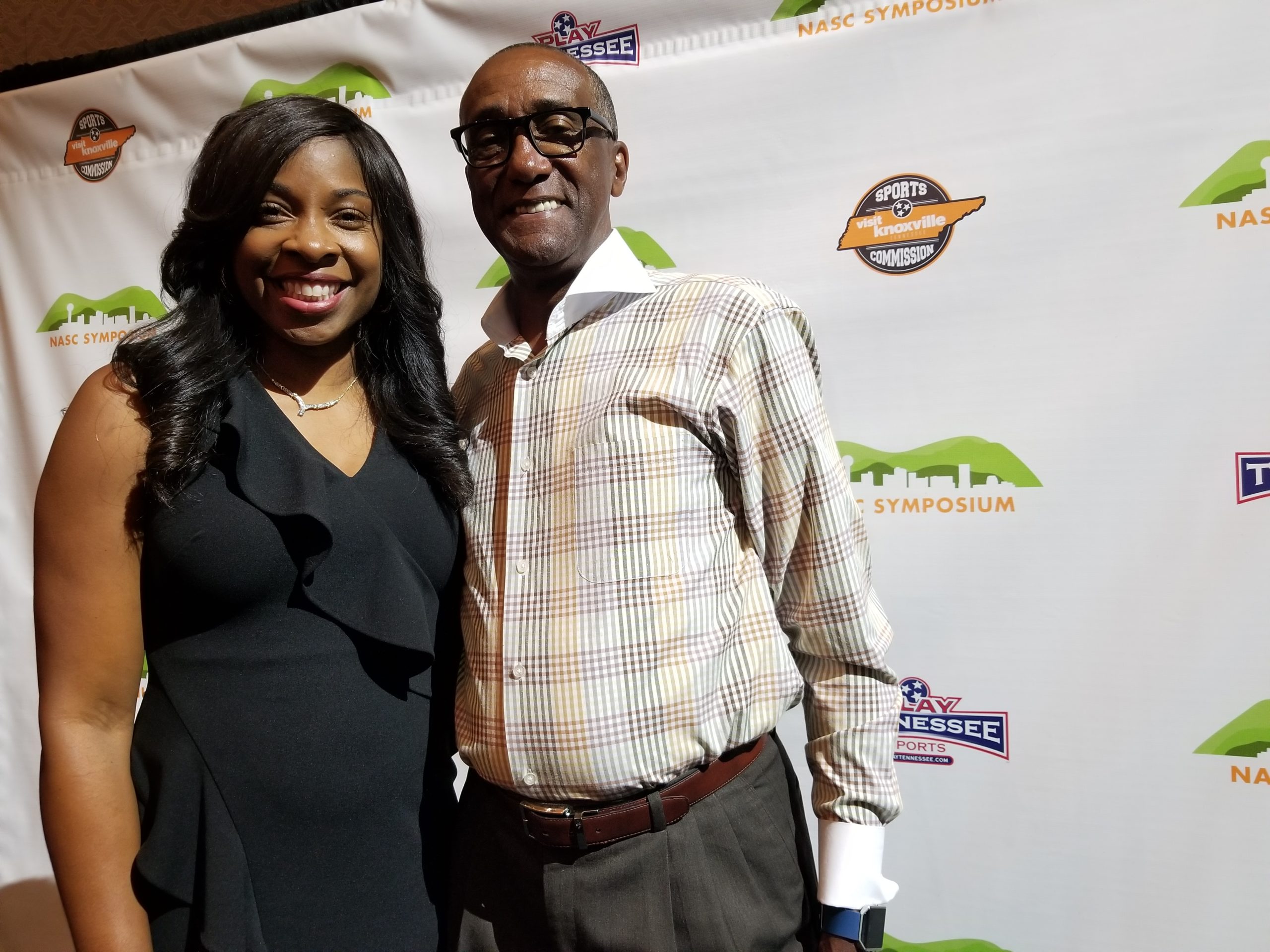 Hazel Clark is an American middle-distance runner who specializes in the 800 meters middle distance race. A member of the U.S. Olympic team in 2000, 2004 and 2008, she has won six national titles and two USA Olympic Trials.

In 2008, she won her second U.S. Olympic Trials 800 meters final held in Eugene, Oregon, and competed at the 2008 Summer Olympics.

Clark has appeared in three global Nike ads appearing in fashion magazines, stores, and billboards. She has been marketed by Nike as a spokesmodel throughout her career.

Carl Lewis is an American track and field athlete who won nine Olympic gold medals, one Olympic silver medal, and 10 World Championships medals, including eight gold. His career spanned from 1979 to 1996, when he last won an Olympic event. He is one of only three Olympic athletes who won a gold medal in the same individual event in four consecutive Olympic Games.

A dominant sprinter and long jumper who topped world rankings and set world records, his 65 consecutive victories in the long jump achieved over a span of 10 years is one of the sport’s longest undefeated streaks. Over the course of his athletics career, Lewis broke 10 seconds for the 100 meters fifteen times and 20 seconds for the 200 meters ten times. Lewis also long jumped over 28 feet seventy-one times. 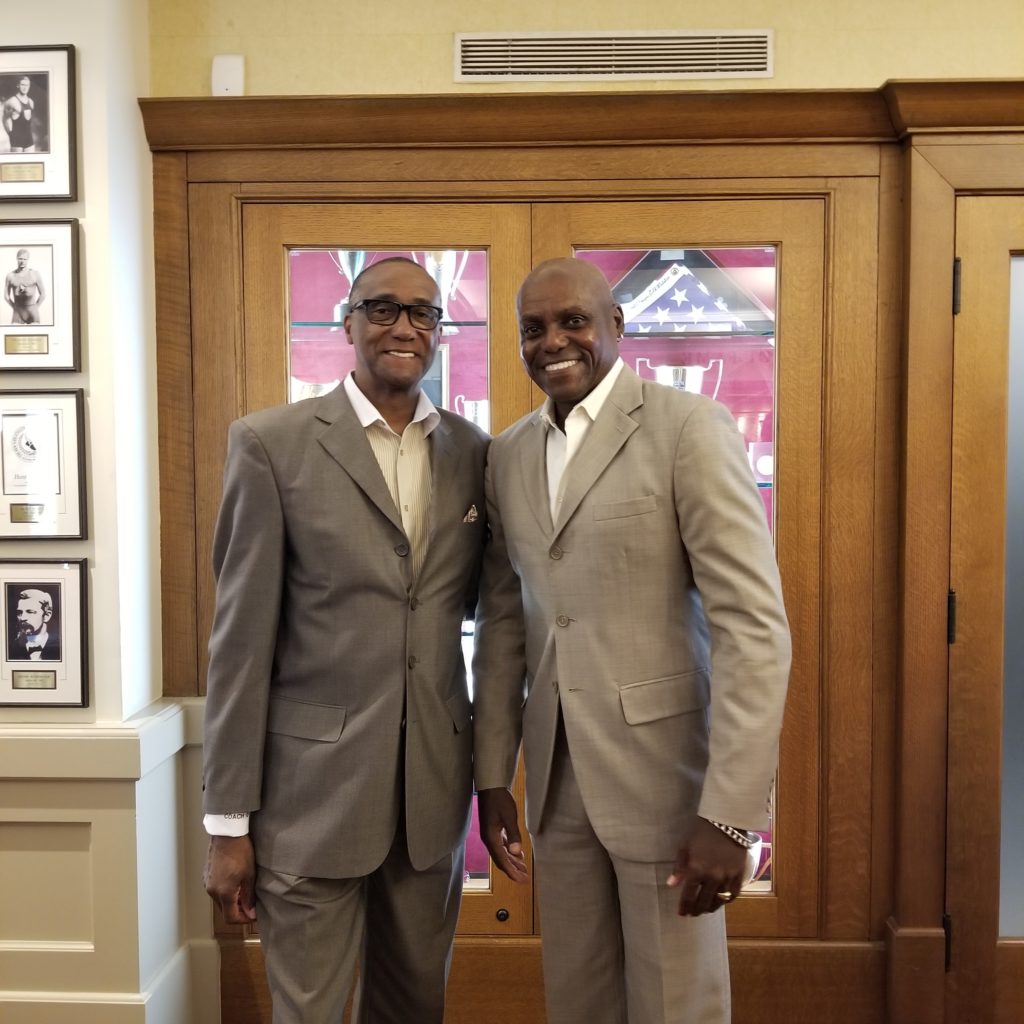 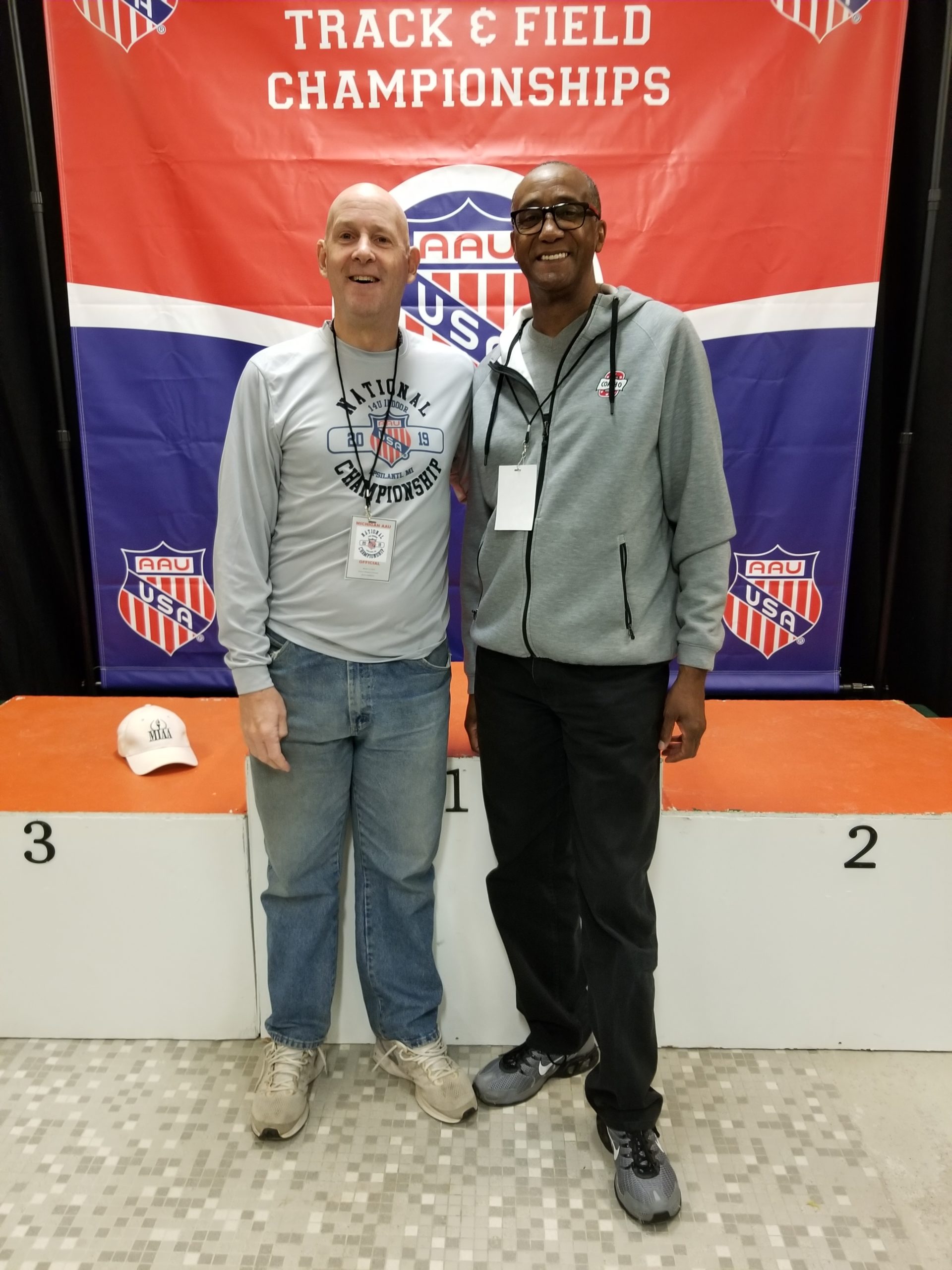 Michigan native Gary Morgan loves the sport of running. Gary began running in high school, but found his true love of racewalking in 1975 at an AAU track meet where he competed at the age of Fifteen.

More than 35 years later, Gary has competed in six Olympic Trials from 1984-2004 in the 20k and 50K events, and placed 1st in the 1988 USA Olympic Trials, representing America in the Seoul, South Korea Summer Olympics as a race walker. Morgan’s accomplishments include a total of five qualifying finishes for the Olympic Time Trials, finishing 2nd in the 1992 Olympic trials.

Kendall Williams is an American track and field athlete competing in the combined events.  She represented her country at the 2016 World Indoor Championships. She has qualified to represent the United States at the 2020 Summer Olympics. 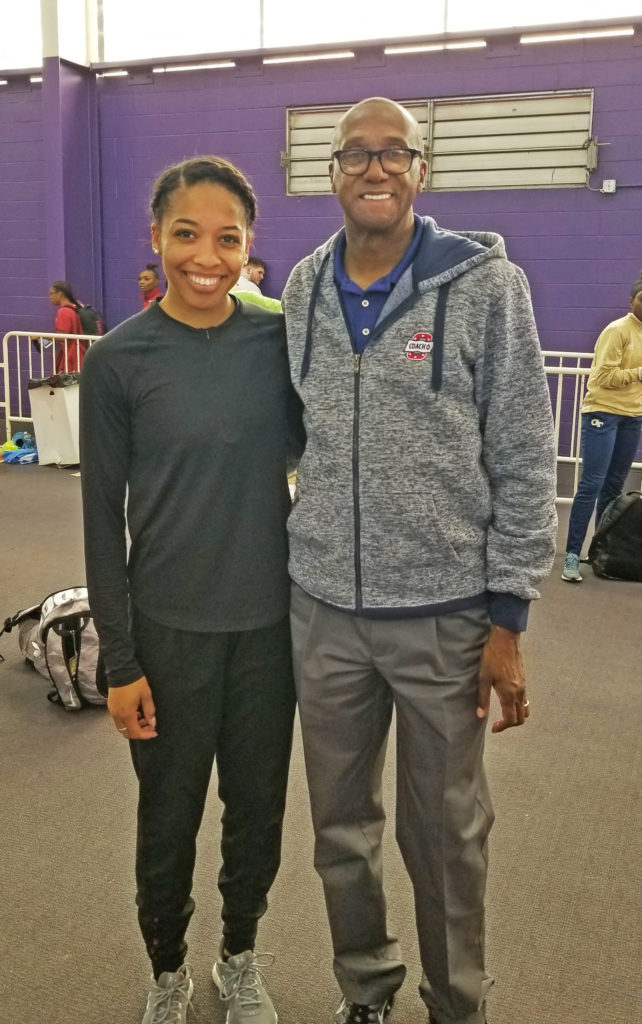 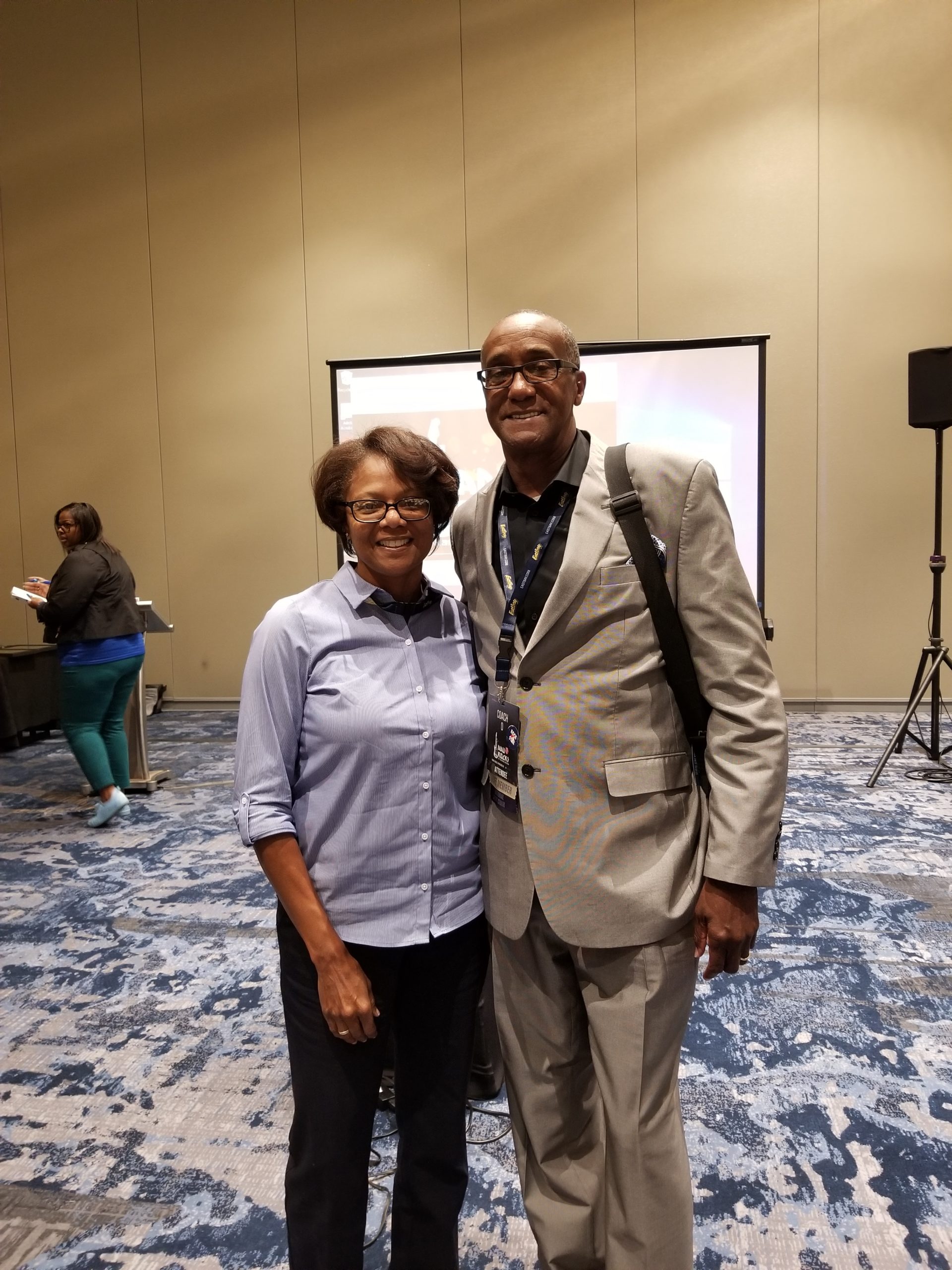 Danette Young Stone is an American track and field athlete. She won a gold medal at the 1988 Summer Olympics in Seoul as a member of the 4 × 100 metres relay team. Four years later at the 1992 Summer Olympics, in Barcelona, she won a silver medal in the 4 × 400 meters relay. She is an alumnus of Alabama A&M University, where she won the Division II track title in the 100 and 200 meters three straight years, as well as running anchor on the 4 × 100 meters relay team at Alabama A&M.